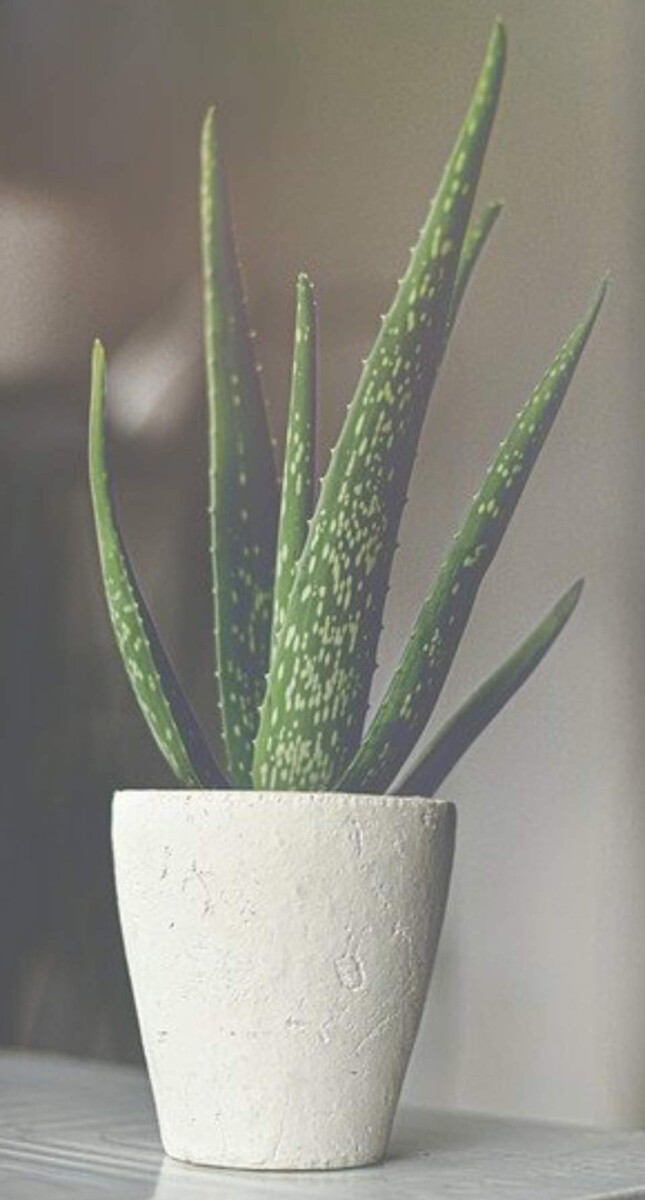 Aloe vera are drought resistant plants and should only be watered when the soil around the roots has dried out completely. Typically watering aloe vera once every 14 days allows the soil to dry out between bouts of watering to meet aloe vera’s water requirements without causing root rot.

It is imperative to get the watering right with aloe vera as they are susceptible to root rot which is caused by watering too often and slow draining soils.

Aloe vera has different water requirements at different times of the year as they enter a state of dormancy in reaction to hot temperatures in Summer as a survival strategy to conserve water.

Therefore aloe vera’s demand for water fluctuates throughout the year.

Watering aloe vera properly should be in conjunction with the appropriate well draining, succulent and cactus soil mix to mitigate the risk of root rot.

How Often to Water Aloe Vera (Indoors and Outdoors)

Aloe Vera plants are succulents that are adapted to growing in climates which experience frequent drought with full sun and infrequent rainfall.

Their thick fleshy leaves are designed to store as much water as possible.

As aloe vera are adapted to harsh, hot and dry climates they are very susceptible to over watering when cultivated by gardeners.

To water aloe vera effectively it is important to emulate the watering conditions of their native environment to meet their moisture requirements yet replicate the drought conditions to which they are adapted.

Aloe vera should only be watered when the soil around the roots has dried out completely. Typically this means water aloe vera once every 14 days.

However the length of time that it takes for the soil to dry around the roots varies depending on different growing conditions such as:

The most reliable way to establish how often to water aloe vera plants to suit your climate, is to feel the soil at the bottom of the pot through the drainage hole to determine whether it is moist or dry.

This is the most effective way to mimic the natural watering cycle to which the aloe is accustomed and ensures the aloe has enough water to stay healthy and grow, yet the soil dries sufficiently so that you avoid any problems with root rot.

This same method of establishing a watering schedule applies whether your aloe is indoors or outdoors, as root rot due to watering too often is always the biggest threat to an aloe vera.

However it is important to note that aloe vera goes into a state or dormancy in reaction to high temperatures during Summer and actually reduces its demand for water a survival strategy for drought.

How Often to Water Aloe Vera in the Summer

Aloe Vera have a period of Summer dormancy as a strategy to conserve water at the hottest and driest time of year.

During their Summer dormancy, if the temperatures are high enough the aloe vera essentially stops growing which reduces its demand for water significantly.

(There are several reasons for aloe vera to stop growing, read my article for why this is and how to solve it).

Typically it is when temperatures consistently exceed 80°F (27° C) that the aloe vera’s growth slows down as it conserves moisture.

It is during the hotter Summer months that the aloe plant is more susceptible to the affects of over watering so it can be necessary to scale how often you water.

Typically watering Aloe Vera once every three weeks during the hottest weeks of Summer is appropriate whilst the plant is dormant.

This reduced frequency of watering replicates the Summer conditions of the aloe’s native environment with less frequent rainfall and longer periods of high temperatures and drought.

How Often to Water Aloe Vera in the Winter

Aloe plants should be watered less often in Winter for several reasons:

It is imperative that you wait till the soil dries out before watering your aloe vera in Winter to mitigate any risk of root rot.

Due to the amount of variables it is difficult to give universal advice on how often to water aloe vera during Winter due to differences in climates and conditions.

However watering once every 3 to 4 weeks in Winter is typically a good balance to meet the aloes watering requirements whilst keeping the soil sufficiently dry to avoid root rot.

Monitor the soil as much as possible to establish your watering schedule for Winter.

Testing your soil moisture by feeling the soil through the drainage hole at the bottom is always the best way to accurately tell when your soil has dried all the way through and therefore, when is the best time for watering your aloe.

If you are watering aloe vera more then once per week then you are almost certainly over watering.

The symptoms of an over watered aloe vera are leaves that turn brown or yellow with a drooping appearance. The leaves also have a mushy texture.

Aloe vera can eventually turn black as a result of rot.

If the aloe vera leaves are turning yellow or brown then scale back the watering immediately and allow the soil to dry out to give the aloe a chance to revive.

Problems with under watering are far more rare as aloe vera is exceptionally tolerant to drought as it grows in desert conditions.

However the symptoms of under watering are the leaves of aloe vera shrivel curling inwards and drooping when the plant is not being watered frequently enough.

In which case the solution is to give the aloe a good soak at the roots, then wait for the soil to dry again in the following 2 or 3 weeks and soak it again.

The aloe should recover from its shriveled and wilted appearance with 2 or 3 cycles of watering and the leaves should look healthy and feel firm and plump rather then shriveled.

How Much to Water Aloe Vera

Whilst there are many factors that influence how often to water aloe vera, the amount of water should always stays the same regardless.

Always water your aloe vera at the base with a generous amount of water to soak the surrounding soil.

Watering with a really generous soak ensures that there is enough water to infiltrate the soil and reach the aloes roots where it is required.

This recreates the natural watering cycle of a heavy downpour or rain followed by a period of drought, to which the aloe vera is habituated.

Watering heavily encourages the roots of your aloe to establish in the soil to further increase the plants resistance to drought and so that the roots can access the nutrients that they require.

If you water too lightly then only the top inch or so of the soil is moist and the roots cannot access the water they need which results in symptoms of drought stress such as shriveling leaves.

(Succulent leaves can shrivel due to both under watering and over watering, to establish which is the problem for your aloe plant and to therefore implement the correct solution, read my article why are my succulent leaves shriveling?)

Whilst establishing how often to water your aloe is critical for growing success, it is equally important that they grow in the appropriate well draining soil to avoid root rot.

Aloe vera plants do not grow well in normal potting soil or compost as it stays moist for too long after watering, which causes the aloe leaves to turn brown or yellow as a sign of stress due too much moisture around the roots.

Aloe vera grows in very sandy or gritty soils that are very porous, drain very quickly and do not hold very much moisture in its native environment in Oman.

Therefore to grow aloe very successfully it is essential that you replicate the well draining soil characteristics that aloe vera requires to stay healthy.

Aloe vera should be planted in potting soil that is specially formulated for succulents and cactus (which is available at garden centers or on Amazon) which contains a higher proportion of inorganic material (sand, grit and stone) to promote soil drainage and mimic the soil conditions preferred by aloe vera.

Plant Aloe Vera in Pots with Drainage Holes in the Base

Even as succulents go, aloe vera is particularly sensitive to too much moisture around its roots so it is necessary that aloe vera’s are planted in pots and container drainage holes so that excess water can escape and the soil dries out between bouts of watering.

Watering till you see a trickle of water emerge from the base of your pot through the drainage hole is a great way to ensure you have watered you aloe vera with the right amount so that it reaches the roots.

In pots or container without drainage holes, water collects around the roots causes root rot and your aloe vera leaves turns brown, yellow and eventually black due to rot.

(Read my article why is my aloe vera limp?)

There are several reasons that water could be draining slowly from your pot despite drainage holes in the base.

(Read my article on choosing the best pot for growing aloe vera).