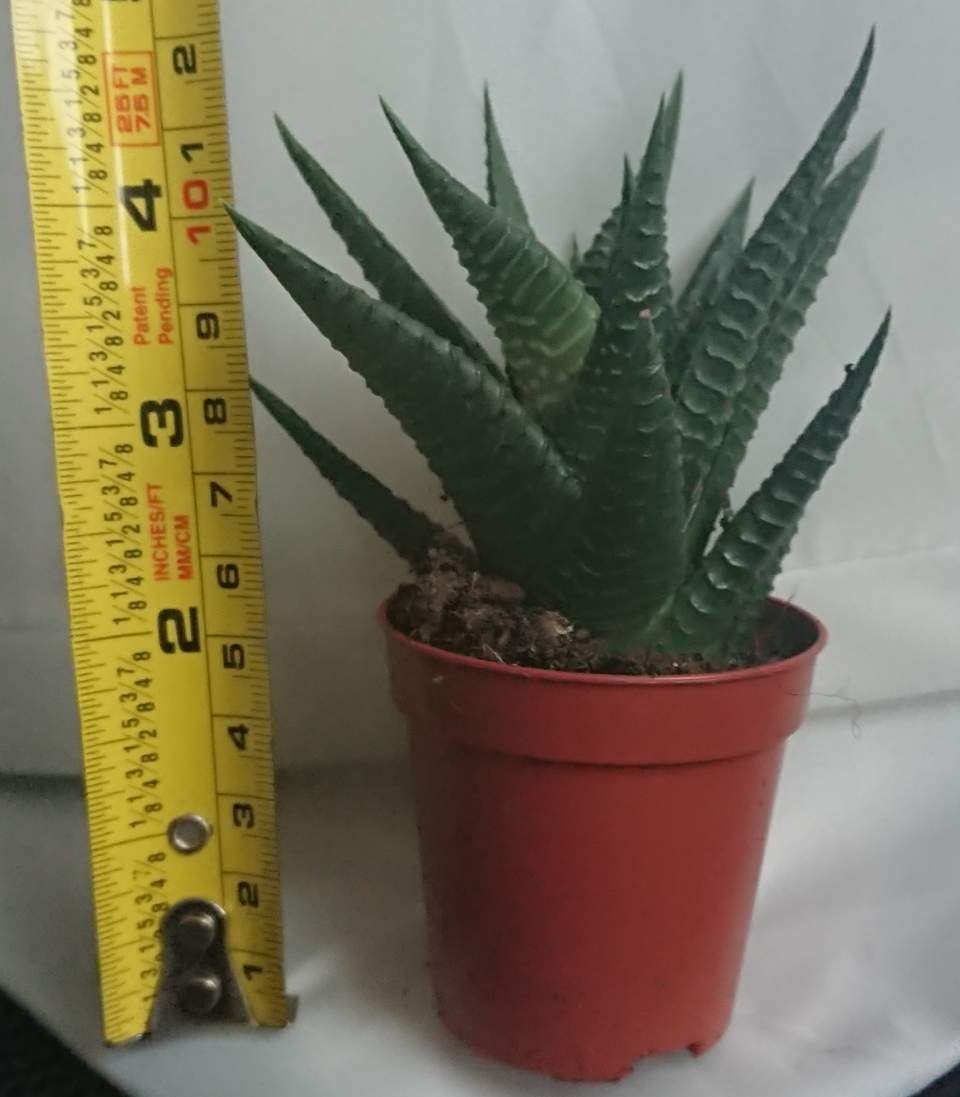 Aloe Vera grows to a height and width of around 24 inches if it is growing in the optimal conditions. However there are a few reasons why aloe vera can stop growing…

Aloe Vera stops growing during Summer in temperatures excess of 80°F as a strategy to conserve water in time of drought. The optimal temperature range for aloe vera to grow is between 55°F-80°F. Aloe vera stops growing in Winter in reaction to less hours of light and lower light intensity.

In most climates aloe vera grows at a faster rate during the Spring and Fall when the temperature is optimal.

Aloe Vera Stops Growing in the Summer to Conserve Water

Aloe Vera is a succulent that is native to the Arabian peninsula in countries like Oman where they grow in desert conditions with lots of sun and particularly high temperatures.

Aloe Vera is adapted to growing in drought like conditions and climates with high temperatures by:

Aloe Veras key survival strategy for surviving in high temperatures with infrequent rainfall is to go into a state of dormancy in Summer.

During Summer the Aloe Vera stops growing so that it can lower its requirements for water and endure high temperatures without drying up.

This allows Aloe Vera to grow in particularly hot and dry conditions that are too hostile for other types of plants and succulents.

It is because of this adaptation of Summer dormancy that Aloe Vera can appear to stop growing in your home or garden during Summer with prolonged high temperatures.

This is a natural cycle of growth and dormancy for Aloe Vera plants and it does not mean the Aloe Vera is under any kind of undue stress.

The Aloe Vera should resume growing in cooler weather during Fall, Winter and Spring, although there is often a shorter period of dormancy during Winter due to colder temperatures and less light.

It is important to note that Aloe Vera is more susceptible to the affects of over watering during its Summer as it requires less water in its dormant state.

If your notice the leaves turning yellow, translucent or develop a mushy texture then this indicates too much moisture and you should scale back the watering and let the soil to dry out completely to avoid root rot and allow your Aloe to recover.

Lack of Direct Sun and Hours of Light

Aloe Vera are adapted to thriving in arid conditions with either partial or full sun, with a preference for 5-6 hours morning sun followed by some shade in the afternoon.

If your Aloe Vera is in indirect light or shade then the Aloe Vera conserves its energy by growing very slowly if at all, as shade is contrary to its preferred growing conditions.

In less sunlight the bottom of the aloe vera leaves can have a dying appearance.

A slower rate of growth more common when Aloe Vera is grown indoors and it may require a grow light to stimulate growth and supplement its light.

If your Aloe Vera in a location with not enough light then it is important to expose your aloe to more light gradually rather then in one go.

Moving Aloe Vera or any succulents from a shady area to full sun results in sun burn with scorched leaves that do not recover and require pruning.

Move your aloe to a sunnier spot over the course of three weeks, increasing its exposure to direct over time so it can acclimate to the new conditions which prevents it from burning.

Once your Aloe Vera is a more suitable sunny location it should start to grow quicker.

(Read my article why is my aloe vera limp?)

Too Much Moisture Around the Roots Slows Growth

Aloe Vera are resistant to drought due to their adaptations to growing in dry climates with infrequent rainfall and well draining, gritty soils.

The soil in their native environment is typically sandy and drains very quickly without retaining much moisture.

Watering Aloe Vera too often and planting them in conventional potting soil causes water stress which can stifle its growth and turn the leaves yellow or translucent with a mushy texture.

Even by the standards of succulents and cacti, Aloe Vera is particularly sensitive to too much water so even if the leaves are not changing to yellow or translucent the aloe can still stop growing if its roots are too damp.

To promote growth and maintain a healthy aloe you should only water the plant when the soil has dried out completely between bouts of watering, then give it a generous soak so that the water infiltrates the soil and reaches the deep roots.

Always plant aloes in specially formulated succulents and cactus soil (available from garden centers and on Amazon) as conventional potting soil holds onto too much moisture after watering and causes root rot.

With a proper watering cycle and well draining soil you are recreating the preferred conditions of the Aloes native range and it can grow at a faster rate without any water related stress.

The reasons for your Aloe Vera not growing in Winter are:

As already stated, Aloe Vera prefer some direct sun to promote growth so with fewer hours of sun as as well as lower intensity of sun (compared to Spring and Summer) the growth rate of Aloe Vera is naturally going to slow down to the point where it may appear to stop growing.

This is not necessarily to the determinent of the aloe as it should start growing as normal in repsonse to more light in the following Spring, but placing Aloe Vera in the sunniest place possible can help keep the plant healthy.

To increase growth for succulents in Winter the best way is with a grow light to maximize the amount of light they get but this is not usually necessary.

Aloe Vera is hardy to Zone 9 which means it can tolerate a temperature dip to 20° F (-6° C) over night but at this temperature the Aloe is trying to survive rather then directing its resources into growing.

Whilst aloe vera can tolerate temporary exposure to cold weather, it can not tolerate sustained low temperatures so whenever it is likely to frost, bring your aloe vera indoors or protect with some horticultural fleece.

At these temperatures the aloe does not have to contend with the stress of cold and the Summer dormancy is not as pronounced so it can grow for most of the year.

There is some anecdotal evidence of Aloe Vera and succulents in general growing slower when the are planted in pots that are significantly larger then the root ball of your succulent.

Whilst it is difficult to establish a definitive reason for there are theories that when planted in larger pots with lots of soil the aloe redirects its energy from growth of the plant to growing and establishing its root system.

If a larger pot dries out less quickly then the succulent could be slightly water stressed due to increased soil moisture and grow slower as a result.

It is unlikely that a larger pot is exclusively the cause of your Aloe Vera not growing, but it could be a contributing factor.