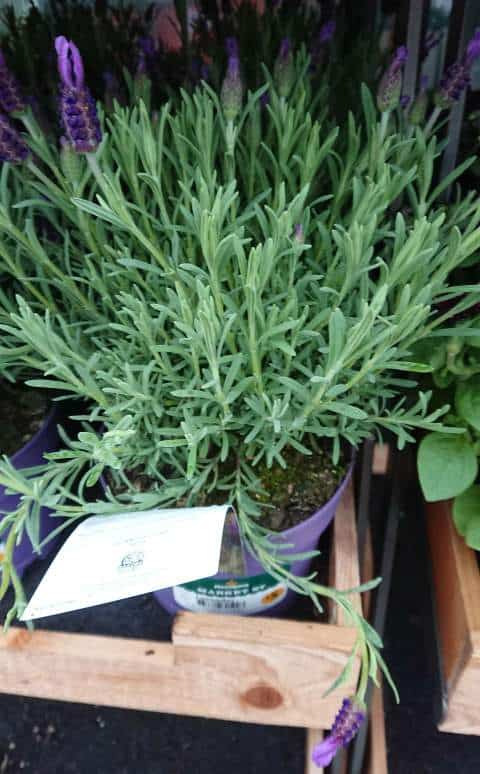 With the right conditions, lavenders are hardy, low maintenance plants that reliably flower for years and produce a strong fragrance.

However they are certain factors that can cause a lavender to wilt.

Lavenders plants wilting when first planted can be a sign of stress because of contrast between growing conditions in a garden center and the conditions of your garden. Other causes of lavender wilting are over-watering, transplant shock, pots that are too small and nutrient rich soil or fertilizer.

Lavender often wilts after planting as it can take some time to acclimatise to its new environment and the lavender usually recovers if you follow the best care practises.

Establish lavenders can also wilt for a few reasons.

1. Lavender Wilting After Planting or Transplanting

Lavenders can wilt after planting as a sign of stress in response to a change in conditions.

Lavenders are hardy plants (particularly English lavenders) and can live in hot or cold climates.

Lavenders will adapt to their surroundings and when the conditions change dramatically (such as temperature) it can result in shock and a period of adjustment for the plant which may cause the plant to wilt temporarily.

When you first plant the lavender, it will have to acclimatise to the specific conditions of your garden which are in contrast to the garden center, shop or green house where they were previous to planting.

This contrast can be because of differing temperature, level of humidity, soil type, frequency of watering etc.

The lavender and in particular the root system will have to adjust to their new home and try to establish to the new soil conditions with the availability of water, nutrients and the rate of drainage.

If are following all the best care practices for growing lavender then you should have nothing to worry about if the lavender has wilted, and it will return to normal as it adjusts to its new environment which may take a week or so.

(To learn more read my article for exactly how to transplant lavender and avoid transplant shock).

For a guide to caring for lavender and all the best practices, read my article on Lavender ‘Hidcote‘ and Lavender ‘Grosso‘.

Lavenders are drought resistant plants, thanks to their adaptations to the Mediterranean climate where they originate, but they do require more water when they have been transplanted, however too much water can also cause problems and the lavender can wilt as a result.

Watering can be quite tricky to get right as it can also depend on the time of year and the specific weather conditions of the climate.

Wilting lavender after planting or transplanting could be due to:

The best time to plant or transplant lavender is in the Spring or Fall rather then Summer.

Early Spring is the best time to plant for two reasons:

Planting in lavender in Summer successfully is still possible but it requires more care and attention particularly in terms of watering.

The lavender requires enough water to help the roots establish after planting but not too much so that the soil is consistently damp.

This balance of watering and drying out will vary according to climate and depend on the weather conditions but if there is unrelenting high temperatures and blazing sunshine without any overcast days and your lavender is beginning to wilt then water once every three days for the first couple of weeks (as long as the soil is well draining) and then water once per week for the first month to give the roots a chance to establish so they can adjust to drawing up water from the soil and prevent the lavender from wilting.

(To learn more about watering read my article on solutions for why newly planted lavender is wilting).

There is also the problem of over watering. Over watering lavender so that the soil is consistently damp will result in root rot, quite quickly as lavenders require the soil to be somewhat dry between watering.

Always water with a generous soak to encourage the roots to establish.

One of the most common reasons for lavenders to have a wilting appearance is because of over watering.

Watering too frequently will cause the soil to be too damp which promotes the conditions for fungal disease and root rot.

Rather counter-intuitively, lavenders will wilt and often the foliage will turn brown as a sign of over watering. This is often mistaken for a sign that the plant requires more water and the problem is then compounded.

If you are watering lavender more frequently then once every two weeks and your plant is wilting you will need to scale back the watering and the plant should recover once the soil dries out. (Read my article for the best, well draining soil mix for lavenders).

If the leaves have turned brown or black then this is a sign of fungal infection which is usually because of damp soil. For the solution read my article for how to solve lavender that is turning black.

3. Wilting Temporarily due to Heat

Another cause of lavender wilting is as an adaptation for days that are particularly hot. This is often the case when the previous spell of weather has been comparatively mild followed by a day with excessive high temperatures.

If the lavender looks normal by the evening in cooler temperatures then this type of wilting is nothing to worry about as the lavender is not stressed as such but rather it is a normal reaction to days that excessively hot.

This does not mean that the lavender necessarily requires more water as it is a temporary reaction to the heat rather then to drought.

Lavenders thrive in sandy soils, with high temperatures in full sun and with infrequent rainfall in the countries of Southern Europe with a Mediterranean climate so they are able to tolerate heat and drought.

Due to their adaptation to these dry and harsh conditions there are commonly problems with over watering lavender rather then under watering so do not be tempted to water the lavender more frequently as lavender do not like damp soil.

The lavender will recover after hot days and look comparatively normal when the temperature cools later in the day, without any ill effect.

(Read my guide to watering lavender in hot weather).

4. Lavender Wilting in a Pot

The first reason is the size of the pot.

Ideally lavenders should be planted into a pot that is between 12-16 inches across.

A pot this size will ensure the lavender has enough room for the roots system to establish so it can access the water and nutrients it requires whilst having the capacity for enough soil to insulate the roots in Winter.

Lavenders grow best in full sun and if the pot is too small then the soil will dry out much quicker on hot days in the blazing sunshine.

Lavenders are drought resistant and do prefer dryer conditions but a small pot will leave the roots pot bound and the soil can dry at such a quick rate that the lavender will not be able to draw up water after rainfall or watering.

If the potting soil is dry and hot it will increase soil evaporation to the point that the lavender can wilt as a sign of stress.

Watering more frequently is not the solution as the lavenders roots will still likely be pot bound in the small pot. Therefore you should transfer or transplant the lavender to a larger pot with a sandy soil mix.

This will ensure the roots have enough space so that they can establish and draw up water when required without the soil drying at an artificially rapid pace.

The type of pot can also affect how quickly the soil dries which could cause the lavender to wilt.

Pots that are made of metal or plastic conduct heat more effectively then pots made from clay, terracotta or ceramic materials.

On blazing hot days with high temperatures this can increase the rate at which the moisture in the soil evaporates and increase the soil temperature to a level that plants can struggle and they wilt as a result.

A wilting or drooping appearance of a lavender can be as a result of the soil type.

Lavenders prefer a soil that is low to medium in nutrients rather then a rich soil.

This because lavenders are adpated to living in sandy or stoney soils in their native range and actually grow best in terms of foliage and flowers when in poor soils.

Overly fertile soils will result in leggy growth that may appear to be wilting occasionally with leaves that turn yellow.

Typically there will be a lot of foliage growth and fewer blooms with rich soil.

This also applies to the use of fertilizer or soil amendments that are high in nitrogen such as manure.

If you have used addition fertilizer or have planted lavender in nutrient dense soil and the plant is wilting then you should amend the soil with horticultural sand or grit.

To give you an idea of how much sand is required, if you are planting in pot or containers, around 1 third of the volume should be sand and 2 thirds potting soil or compost.

Adding the sand helps to replicate the lavenders preferred soil conditions and sand does not retain or contribute much nutrients to the soil so it can balance out overly nutrient rich soils so that they are more appropriate for growing lavender.

The sand or grit also increase drainage which stops the lavender from wilting as a result of damp soils.

Avoid feeding or planting in rich soil your lavender and there will be more flowers, healthier growth, stronger fragrance and more importantly the plant will recover from a wilting appearance.