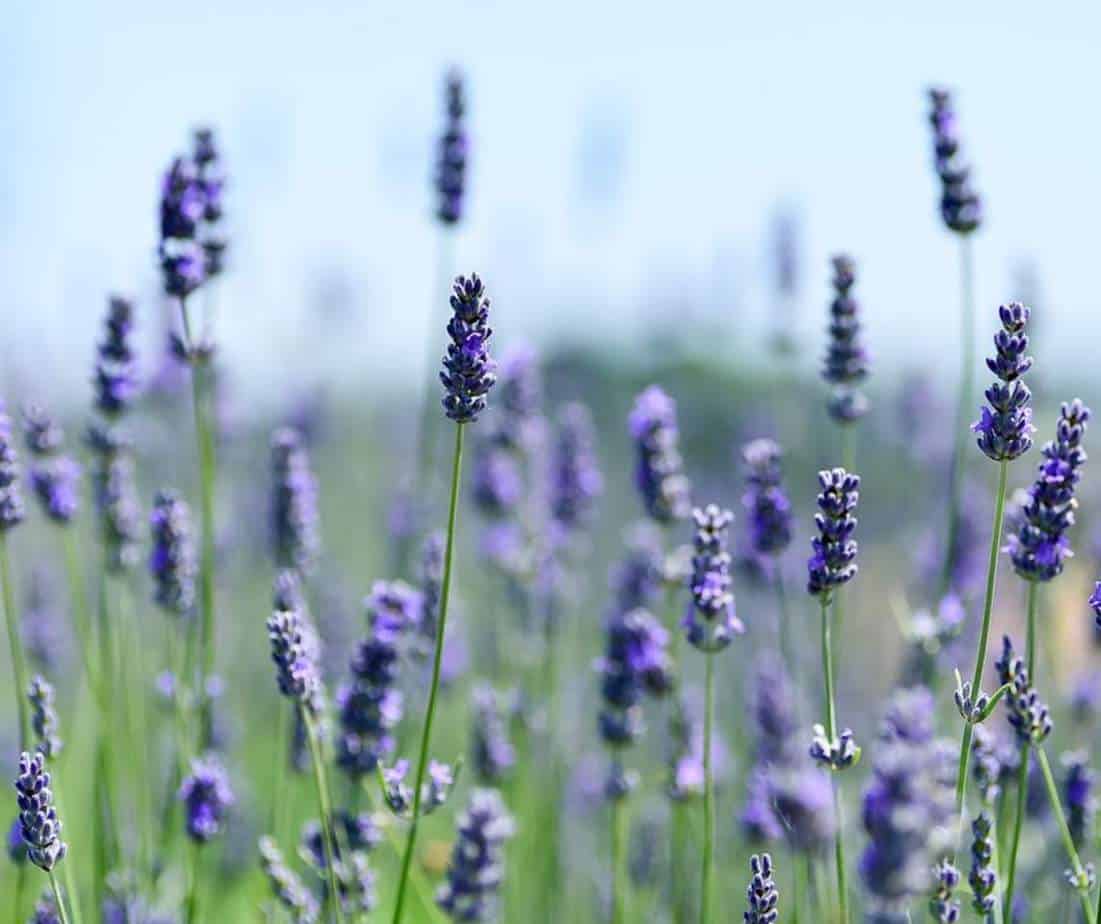 Why does lavender turn brown?

The reason why lavenders turn brown is because of the fungal disease root rot. Root root is caused by either high humidity or persistently wet soil around the lavenders roots and results in brown stems and foliage with a wilting appearance.

Lavenders with brown stems, foliage and flowers are showing signs of stress because of too much moisture around the roots and not because of under watering.

The most common conditions that lead to lavender turning brown are:

Lavenders are relatively low maintenance plant, however it is imperative that they are planted in soil that is porous, well draining and does not hold onto water.

Lavenders are adapted to the seemingly harsh, neglectful conditions in the arid Mediterranean coast and thrive in sandy or stony soils with little organic content.

Lavenders will not grow well if they are planted in clay, or heavy soil that prevents water from infiltrating quickly.

Even soils that are well draining but too rich in organic matter (such as a leaf mould or garden compost mix) can cause problems as this material will hold onto, and preserve moisture around the roots for long periods.

Lavenders need the soil to be fast draining to the extent that it dries out between bouts of watering.

If the soil drains quickly enough and does not hold into the moisture then the lavender roots will be able to attain enough oxygen for respiration and the chance of root rot (Phytophthora nicotianae) will significantly decrease.

The solution to this is to either:

By adding sand and gravel you can replicate the optimal soil conditions in the lavenders native environment.

How to amend the planting area:

A great alternative is to transplant the lavender into a pot and let it dry out. Choose a pot that is at least 16 inches across and has drainage holes in the base. (Read my article on choosing the best pot for lavenders).

Lavenders grow very well in pots as they are favourable for drainage and it is easier to amend the soil so that it is well draining. I have an article which explains the best soil mix for growing lavenders in pots and containers so that lavenders live for longer and produce the most flowers and fragrance.

Let the lavender dry out for around two weeks before watering and ideally if its in a pot, move it under cover to shelter it from rainfall.

Lavenders that has turned brown do not always recover from root rot but planting or transplanting them to their preferred soil is the best thing you can do.

(For more on transplanting lavender read my article on Gardener Report which explains how to reduce transplant shock).

Over Watering leads to Root rot (Water once every two weeks)

Another common cause of lavenders turning brown is over watering. Lavenders are native to dry regions of Southern France, Italy and Spain where the annual rainfall is relatively low all year round and there are high temperatures and blazing sunshine during the growing season.

Therefore lavender have adapted to be a drought resistant plant and actually thrive in terms of growth, fragrance and flowering in these conditions.

If you watering lavenders too frequently the soil will never have a chance to dry out properly and then root rot followed by brown foliage becomes inevitable.

The best time to plant or transplant lavender is in the spring but if the foliage, stems and flowers are turning brown the you need to re-home the lavender as quickly as possible regardless of the time of year.

Lavenders thrive on a soak and dry style of watering so always water your lavender with a generous amount, but only water once every two weeks when established.

Remember lavender is drought resistant so over watering is always more of a problem then under watering and if your climate has a lot of rainfall then you may not need to water you lavender for weeks at a time.

(For more information read my article on how often to water lavender).

Lavenders can grow in climates with a lot of rainfall with lavenders extensively cultivated in England and commercial lavender farms in Washington state in the USA.

However in climates with lots of rainfall that contrast the lavenders native hot, dry Mediterranean countries then soil structure and drainage becomes even more important, so that water drains away from the roots as quickly as possible.

Additionally lavender will probably not need watering at all in these climates and will attain more then enough moisture from the environment.

If lavender is turning brown as a result of high rainfall then there are two things that you can do:

Fast draining soil is important to all lavenders but in areas of high rainfall it is imperative to avoid root rot and the subsequent brown, wilting appearance.

Too much sand or gravel is always better then not enough for keeping lavender roots nice and dry so be generous. Lavenders can live and produce a great display of flowers with as much as a 50% sand or gravel mixed in with the compost, particularly in areas of high rainfall.

Alternatively you can transfer lavenders into a pot or a raised bed as this will increase the rate of drainage and therefore contribute to reducing the chance of root rot.

Pots can also be moved undercover if there is a spell of heavy rain forecast for the next few days, which will give the plant a chance to dry out. Although remember to return them to a sunny location lavenders grow best in full sun.

(Read my guide for growing lavenders in pots).

With enough time the soil will dry out and the lavender can recover depending on the severity of the root rot and brown foliage.

There are species of lavender that are cold hardy but there isn’t a lavender that will tolerate persistent high humidity. Humidity creates and environment in which lavenders are susceptible to root rot.

Lavenders grow best in a open area, planted 2-3 feet apart so that there is good airflow for the foliage.

Avoid planting lavenders too close together or too close to other plants with no airflow as this could create a micro climate of higher humidity then the surrounding area.

Clear away any organic material at the end of the Fall (such as dead leaves) that can accumulate around lavender plants and trap excess moisture which will potentially increase humidity.

When I visited lavender farms in California, the growers there insisted using a mulch of decorative white stone will reflect sunlight back onto the plant (which increase blooms and oil production) and drives down humidity which will decrease the chance of root rot and keep the plant healthy.