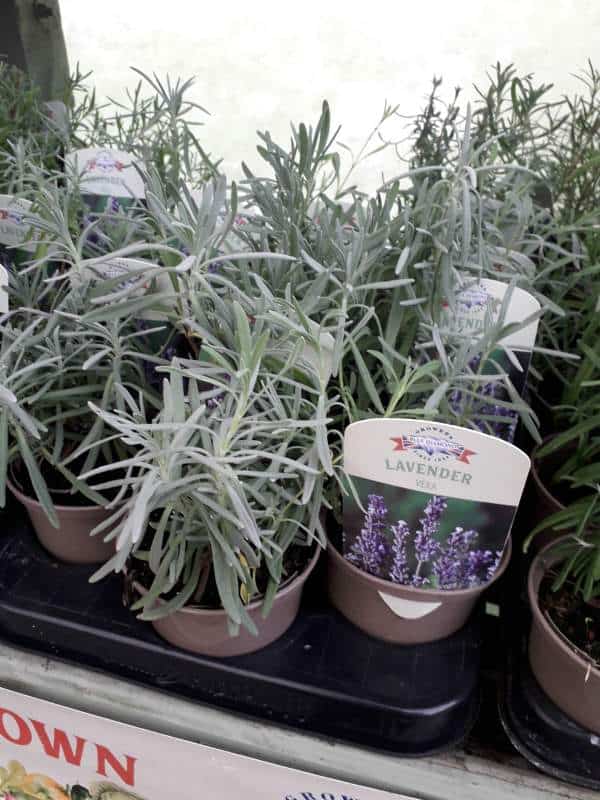 However lavenders can still be planted successfully in summer and late in to the Fall depending on your climate. To make sure your lavender thrives after planting you will need to follow a few best practices to reduce ‘planting shock’ as the lavender adjusts to its new home.

Keeping reading to learn these best practices and to find out what times of year you can plant lavenders in warmer and cooler climates.

Why Spring is the Best Time to Plant Lavender

Spring is the best time to plant lavender as the soil will be warming up but not baked hard like it can in summer.

The soil in early Spring will hold more moisture and the sun will not be as intense which will benefit the lavender after planting. Whilst it is true that lavender is a drought resistant plant that thrives in well draining sandy soils with full sun, a lavender that has just been planted will need moisture.

Lavenders are plants that thrive on neglect once they are established but newly planted lavenders require more attention so that they don’t dehydrate as their roots are not established yet in the soil and therefore cannot draw up moisture as efficiently yet.

Spring planting will (in conjunction with the appropriate watering scheduale) will help to mitigate some of the effects of shock by planting in more favourable conditions, rather then the plant having to endure the stress of blazing sunshine and dryer soils whilst it settles into its new home.

Planting in the early spring means the lavender will have 2 or 3 months for the roots to adjust to the new environment so that it can become more resistant to drought before the summer and tap into moisture and nutrients in the soil.

Why you Should not Plant Lavender in Winter

Avoid planting lavender in the winter months regardless of climate. The growing season for lavenders is Spring, Summer and Fall (the warmer the climates the longer the growing season) and lavenders are in a dormant state over winter.

During this time it is best to leave them where they are (in a pot from the garden store for example) rather then plant the lavender in your garden or another pot as it will not be able to adjust to its new home. Not only that, lavenders do not like cold, wet soils as they are specifically adapted to live dry soils.

The biggest threat when planting lavender is root rot which is most prevalent in winter due to the fact that winter soils tend to hold more moisture and evaporation is much lower at this time of year thanks to less hours of sunshine and higher levels of rainfall.

When lavenders are planted during winter they will often sit in the soil with no opportunity to establish their roots and often the foliage will turn brown and the stems will droop with an unhealthy appearance (signs of stress).

For best results always plant lavender in the growing season rather then whilst the plant is in a dormant state with no chance to adjust to its new home.

The warmer the climate you are in the later in the season you can plant lavender. Spring is still the best time of year to plant lavender but a warmer climate with lower rainfall will give you more flexibility when it comes to timing the planting of your lavender.

However when lavenders are planted in summer they will be more susceptible to drying out. Whilst lavender is resistant to drought it is somewhat more vulnerable in dry conditions after first planting.

However the drying effects of the summer will not necessarily prohibit the planting of lavender although it will require diligent watering in the first year.

Lavenders planted in the summer will require a generous watering straight after planting and it will need to be watered every two or three days for the three months, although this depends on other factors such as rainfall and intensity of heat. For more information read my article how often to water lavender.

You can plant lavender in the Fall successfully in warmer climates with mild Winters that do not experience freezing temperatures.

Fall planting in warm climates has the advantage of allowing the lavender to establish before the mild winter without having to experience transplant shock during the hottest time of year when it is vulnerable to the effects of heat.

However I would still recommend that you plant the lavender early in Fall to adjust to its new environment because lavenders in all climates will be dormant over winter.

In cool temperate climates that experience frost in winter (up to USDA zone 5) the best time to plant lavender is in the Spring when you are sure that you have seen the last frost of winter.

Lavenders can be planted throughout the summer till early fall (around September) but the later you leave planting the less time the roots have to establish and there is more chance the lavender suffers root rot in the cold wet soil.

I recommend planting lavender in spring as this will give the plant the time to recover from any ‘transplant shock’ and it should be on track to produce a great display of flowers in the summer, however it is common for lavenders of all varieties in all climates, to give their best flower display in the second year after planting.

English lavenders tend to start flowering in June whereas French lavender blooms in the early spring.

If you are planting lavenders outdoors in cold climates it is important that you choose an English lavender (Lavandula angustifolia) with popular varieties Hidcote or Munstead as these are the most cold hardy lavender that can tolerate frosts.

You can plant French and Spanish lavenders in cold climates, if they are in pots that you can take indoors for winter protection.

The Three most important factors for planting lavenders successfully without significant transplant shock are:

As discussed the best time of year for planting lavenders is in the spring, although they can be planted into the Fall if you are in a warm climates that does not experience frost in winter.

The optimal soil mix is very important. Lavender needs to be in low to medium fertility soil, that is quick draining. Add sand or gravel to the soil when you are planting lavender to ensure water will drain quickly and to balance the fertility of the soil so that it is ideal for lavenders. (For full instructions read my article which details how to compose the optimal soil mix for planting lavenders).

Watering lavender can be tricky as lavenders are drought resistant plants that are adapted to dry conditions and therefore do not require much water once they are established. However it is important to water lavender that has just been planted sufficiently while it adjusts to its new home.

Lavender will need to be watered straight after planting and once every 2/3 days for the first week and then every three days for the next 3 months if it is planted in spring or summer. Once the plant has begun to establish (after around 3 for 4 months you can scale back the watering to once every two weeks.

When you have just planted lavender the goal with watering is to keep the soil somewhat moist rather then wet, so if there has been rainfall or lots of overcast days without sunshine then you can skip watering for a few days so that the lavenders soil is not consistently wet which could lead to root rot.

I have a full guide on mitigating transplant shock after planting lavenders which should help you ensure that the lavender flowers and exudes its characteristic aroma well in its first year.