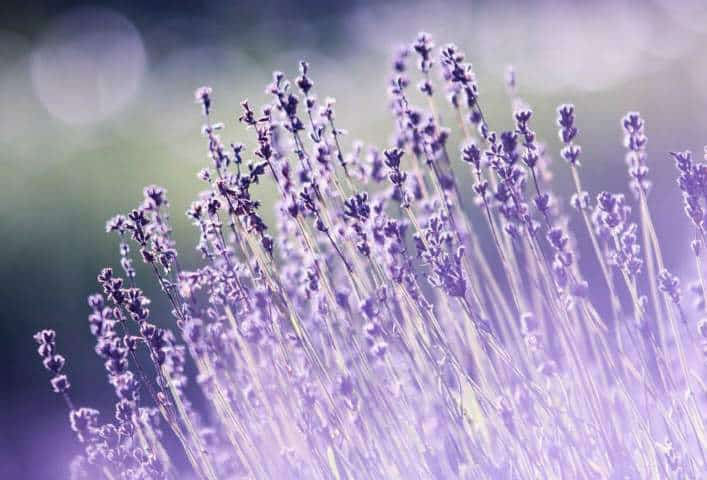 Phenomenal lavender typically blooms in the mid Summer and if deadhead regularly, can bloom until the Fall.There are a few reasons why lavender phenomenal may not bloom…

Consider lavenders of all varieties usually displays its best blooms a year after it has been planted as it has had more time to adjust to its new surroundings.

1. Do not Add fertilizer

The most common reason for lavender phenomenal to not bloom to its full potential is usually because of the use of additional fertilizer or store bought compost that has been enriched with nutrients.

Lavender phenomenal is a hybrid of English and French lavenders, both of which originate in the South of Europe. In their natural environment these lavenders grow best in soil that is sandy and reasonably nutrient poor.

What to do…Avoid feeding the lavender in future and it may be of benefit to repot the lavender with new soil if it is planted in a pot or container and cut back the leggy growth in the Fall (avoid cutting to close to the woody base).

Lavenders thrive on neglect in terms of soil nutrients and watering.

The best way to encourage lavender phenomenal to bloom is to attempt to recreate some of the growing conditions of the Mediterranean where lavender thrives such as poor soil, full sun and infrequent watering.

If the foliage turns yellow then this is another symptom of too much nitrogen for the lavenders requirements. If there is no more fertilizer added to the lavender then the plant may recover and produce a stronger bloom the next growing year.

For the same reasons lavender do not require additional fertilizer, lavender also do not like soil that is too rich in nutrients. Nutrient rich soil encourages the foliage to grow and fewer blooms to display.

Lavenders are low maintenance plants the thrive in low to medium fertility soil as they are accustomed to in their native Southern European range.

Replicating theses conditions for you lavender phenomenal is very easy for pots and containers as you have direct control of the soil profile.

The optimal potting mix for phenomenal is simply around 1/3 horticultural sand or grit and 2/3 potting compost. (Read my article to learn about the optimal soil mix for lavenders in pots).

This proportion of sand is similar to the soil of their preferred home range in coastal areas of the Mediterranean.

The sand and grit do not retain nutrients which balances the fertility of the compost to create the low to medium soil profile that lavenders prefer which will encourage the plant to produce more blooms.

Sand and grit also ensures that the soil drains quickly which is essential for lavenders as dry soil is imperative for their root health.

Lavenders in a sunny part of your garden with infrequent watering and sandy soil will produce the strongest aromas from the foliage (because of a higher concentration of oils) and the most flowers.

3. Lavender Phenomenal not in Enough Sun

Perhaps the most important factor for lavender phenomenal for displaying blooms is the amount of direct sunlight.

Lavenders of all varieties prefer full sun. The more sun the lavender receives the stronger the fragrance and the more it blooms.

For Phenomenal planted in pot or containers, move the plant to a place with at least 6 hours of sun per day.

If the lavender is in a raised bed or garden boarder I recommend transplanting it to a pot or area of the garden with more sunshine. Alternatively you can cut back any over hanging canopy or other plants that might be casting shade on your lavender.

The amount of sunlight and whether Phenomenal is planted in the appropriate soil are by far the most likely reasons the lavender is not blooming.

However, fewer blooms could be a sign of stress because of other factors…

Lavender Phenomenal is a hardy lavender with the characteristics of the resilient English lavender species. However, Phenomenal can tolerate mild soil acidity it prefers soil to be either pH neutral or alkaline (lavender phenomenal grows in soils pH 6.5 to pH 8).

If the lavender has poor spindly growth with not much fragrance, yellow or brown foliage then the lavender may be in soil that is too acidic.

If your garden soil is acidic, it is possible to amend the soil with lime or wood ash to increase the soil pH so that it is alkaline and therefore suitable for lavender growing, but this can take some patience and maintenance as they soil can turn back to its original acidic conditions over time.

(Read my article for more about measuring soil pH and lavenders in acidic soil).

By far the better solution is to transfer the lavender to a pot or container. The pH of soil in a pot or container is far more easily adjustable with as little as a tablespoon of agricultural lime or half a cup of wood ash (which has an alkaline pH).

Lavender phenomenal requires an annual prune to maintain its shape and increase its life span. One of the key benefits from pruning is that it reduces the rate at which the woody base grows.

Prune the lavender once per year either in the Spring or Fall and cut back only the top 1/3 of the flexible lavender growth, avoiding cutting the woody base.

Pruning the lavender the appropriate amount will stimulate the growth of new stems which support this seasons blooms.

This adaptable lavender variety can tolerate climates with higher rainfall as long as the soil has been amended with enough sand to increase drainage.

Commercial lavender growers see the most blooms (and more oils) in dry years with relatively few rainy or overcast days.

Over watering lavender can cause stress to the plant and encourage the conditions that increase the chance of the fungal disease root rot.

Lavenders with root rot will have a drooping appearance with brown or yellow foliage. This will also compromise the blooms of the lavender and potentially cause the lavender to die if it is consistently over watered.

Once Phenomenal has established after its first year, it often does not require watering even during summer. Only if there has been a period without any rain for two weeks should you water your lavender and even then it is a very drought resistant plant.

(For more information and watering, best practices in different conditions, read my article, how often to water lavender plants).

If your garden soil is slow draining then I recommend planting lavenders in pots or containers as they have much more favourable drainage conditions and you can easily amend the potting mix with sand to further increase drainage.

This way the roots can remain somewhat dry, which avoids the risk of root rot ensuring a healthy plant with a good bloom in the Summer.

(Read my article to learn about choosing the right pot for lavender).