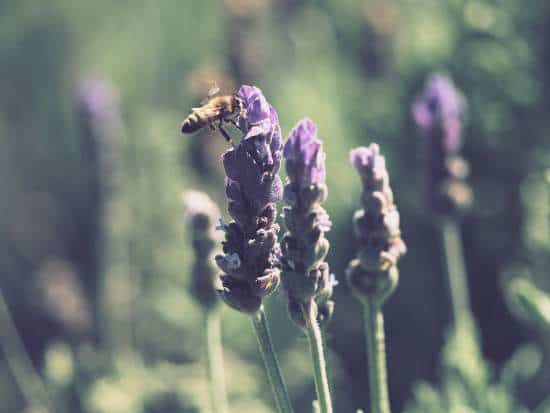 The reasons lavenders won’t grow is usually because of a lack of sun, planting lavenders in the wrong type of soil or growing lavender species that is not cold hardy in a cool climate. Lavenders require sandy, well draining, alkaline soils that are nutrient poor and full sun in order to grow properly.

Other common problems include, slow draining soils, acidic soils over watering, the use of fertilizer or nutrient rich soil and not planting lavenders far enough apart.

The key to ensuring lavender grow well and live for many years is to recreate some of the conditions of their native home range in the Mediterranean region of Europe.

Lavenders are adapted to a life of full sun, alkaline, sandy soils with low to medium nutrients and infrequent watering.

The more sun the lavender receives the stronger it will grow, the more it will bloom and the aroma exuded from the foliage will be more pronounced.

A lack of sun will stunt the growth of your lavender and it won’t live for very long, when they can live for 15 years or more with the right care.

Generally speaking lavender are low maintenance plants if you can successfully replicate some of the conditions in their native Mediterranean home range.

However they are very particular about certain soil conditions. Lavenders require a light, sandy soil that drains quickly and they won’t grow well in soil that is heavily compacted or has a high content of clay.

Clay soils drain slowly and are far less porous then soil that has been amended with with sand or gravel. Lavenders require the soil to dry out between bouts of watering in order to keep their roots healthy.

If the soil retains a lot of moisture then the roots are far more susceptible to the fungal disease root rot which can cause the lavender to stop growing and droop in appearance.

The solution is to…

By plant lavenders in pots you have complete control over the soil profile and can easily ensure that the soil is well draining and suitable for growing lavenders. Read more about the optimal soil mix for lavenders in pots.

Alternatively you can amend your garden soil with horticultural sand or grit before planting. Dig a hole that is significantly bigger then the root ball of your lavender and back fill the space with a mixture of 1/3 sand or grit with 2/3’s compost.

This soil mix will ensure that water from rainfall drains away from the roots efficiently and mimics the soil conditions of Southern Europe where lavenders thrive.

If you have clay soil in your garden I recommend transferring your lavenders to pots as clay garden soil is difficult to amend.

Also use grit to amend clay soil rather then sand as the sand can mix with clay and bake hard to form a cement like texture that is impossible to deal with.

If you look around your garden or perhaps gardens in your area and see plants that thrive in acidic soils (such as camellias, azaleas, rhododendrons) then lavenders will struggle to grow or live for a long time in your garden soil if it has not been amended.

There are two options:

It is possible to test soil by buying a soil gauge off amazon to find out whether your soil is acidic or not. (Read more about testing pH and lavenders in acidic soils).

If the soil is very acidic then the most practical option is to transfer you lavenders into pots instead.

Adjusting the pH for lavenders is pots is much easier then garden soil. Add a table spoon of lime or half a cup of wood ash (both alkaline) to the soil mix and this will ensure your lavender is planted in the optimal range.

The lavender should show signs of recovery during Spring and Summer after a few weeks.

3. Not a Cold Hardy Variety of Lavender

If your lavender has not started to grow foliage in the Spring and looks brown then it may have died in the Winter due to frost or root rot.

In cooler climates that experience frost, snow, ice and freezing temperatures in Winter it is important to plant the right lavender species that can survive Winter.

English Lavenders are the most hardy and robust when it comes to cold climates. (Lavenders Hidcote and Munstead are excellent choices). These lavenders will cope with freezing temperatures and can live for more then 15 years with the right conditions.

I must emphasize the importance of planting lavenders in well draining soil, particularly in cold climates as lavenders that are in cold, consistently moist soils for most of the Winter will likely die from root rot.

Avoid planting French, Spanish or Portuguese lavenders in cold climates with freezing temperatures as their foliage is tender and they will likely die over Winter.

Varieties of lavender that are suitable for planting in cold climates are:

All English lavenders with popular varieties such as:

There are Hybrid lavenders that also are considered cold hardy such as:

Lavenders are drought resistant plants that are native to harsh climates with little rainfall and well draining, sandy soils.

Established lavenders often do not require any additional watering unless there has been hot weather with no rainfall for more then two or three weeks.

Lavenders are at greater risk from over watering then they are from under watering.

If you are watering lavenders too frequently (more then once every two weeks) then it is likely the lavender is not growing as a sign of stress due to over watering.

Over watering also promotes the conditions that cause fungal diseases such as root rot. If your lavender is not growing and has a drooping appearance with foliage that is turning brown then it is likely suffering from root rot.

The solution is to remove the lavender from the ground and snip off any infected roots that are yellow and look rotten with a sterile pair of pruners. Replant the lavender in new soil, preferable in a pot (as pots naturally have better drainage) and do not water the lavender for at least two weeks and shelter it from rainfall.

Lavender do not always recover if the root rot is severe, so the quicker you act the better the chances the lavender will survive.

If your lavender is showing poor growth or perhaps excessive leggy growth and it does not stand up straight then this is often a sign of two things:

Other signs of stress are foliage that is turning yellow and fewer flowers.

If the lavender is not growing straight but still displaying some blooms then the problem is more likely stress from over watering or slow draining soils.

Lavenders are adapted to sandy soils which are not rich in nutrients. In these low to medium nutrient soil, lavender grow well, display more flowers and the aroma of the foliage is stronger.

Therefore lavenders do not require additional fertilizer as this causes that plant to grow foliage at the expense of flowers. The same is true of soil that is too rich in nutrients.

The solution is..lavenders do not require any fertilizer as this is contaray to their preferred natural conditions of low to medium nutrients.

Stop using fertilizer on lavenders and they should be able to recover gradually and should display more flowers next year. If the soil is too fertile and contains soil amendments such as manure (which is high in nitrogen) then I would recommend amending the soil with sand or grit.

The sand or grit balances out the high nutrient soil so that it recreates the preferred soil conditions of Southern Europe where lavenders thrive.

Within a year the lavender should be much more healthy and grow properly.

Planted Too Close Together

Lavenders require up to 3 feet of space for the larger varieties and around 18 inches for smaller varieties to grow properly so plant lavenders according to their full size (which may take 2 years to grow). This is because:

Lavender do make excellent decorative hedges with abundant flowers and can serve as a wind break for vegetable gardens. To learn how far apart to plant lavenders for hedges for different lavender varieties read my article how to space lavenders for hedging.

If your lavenders are too close together then transplant the lavenders (preferably in the Spring or Fall) so they have enough space or consider planting them in pots which can increase airflow.