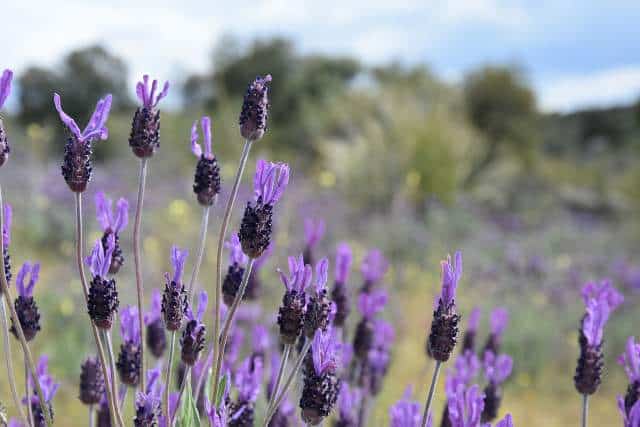 Whether or not French lavender survives winter depends on your climate. French lavender is not cold hardy (USDA zones 7-9) so it will not survive winter in climates that experience frost, snow, ice and consistently low temperatures.

French lavender is native to the Mediterranean region of Europe, where thrives in the warm temperatures of southern France, where it cultivated extensively for commercial lavender oil.

French lavenders will only survive winters with mild temperatures that only occasionally go lower as 10°C (50°F) at night. English Lavenders is the only species that is cold hardy and will tolerate frost (hardy to USDA zone 5).

Therefore French lavenders will only grow in warmer climates that are similar climatically to their native home of Southern Europe.

French lavenders will not survive in persistent frost and freezing temperatures.

The only way to grow French lavenders in cooler climates is to plant them in pots. The unique advantage of growing lavenders in pots or containers is that you can place the plant outdoors for the summer and enjoy their sweet fragrance and beautiful flowers.

When winter begins to approach and the temperature starts to drop below 10°C at night then you can move the pot inside for winter protection and return the pot to your garden once the temperature has warmed up the following growing season.

French lavenders are susceptible to damage from the cold, however there are a few steps you can take to mitigate risk and increase the lavenders chance of surviving winter:

French lavenders are much shorter lived then English lavenders and typically last 4 or 5 years in good conditions so even with the best winter care.

The foliage will still exude some fragrance in your home, although it will not be as strong as in the growing season.

However it is not as simple as just bringing the plant indoors and placing it in a corner till spring. There are a few specific care instructions that you need to be aware of.