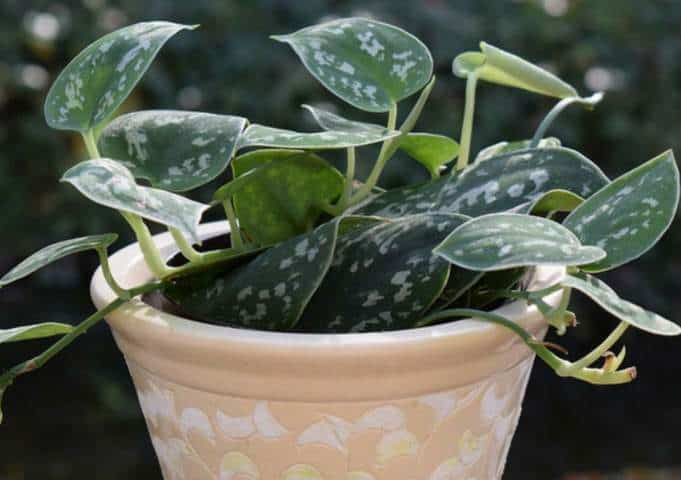 The reason for philodendron dying is because of too much water around the root ball due to over watering and a lack of good drainage. Philodendron require evenly moist soil to grow. In boggy or saturated soil philodendron develop root rot, with leaves turning yellow, drooping and dying back.

Philodendron leaves turn brown and droop due to under watering, low humidity, too much sun and can die back in temperatures lower then 50°F (10°C).

To save a dying philodendron it is important to emulate some of the growing conditions of its native environment in your home, with evenly moist soil (but not saturated), regular mist spraying to increase humidity and locating your Philodendron in an area with bright, indirect light and relatively warm temperatures.

By far the most common cause of philodendron leaves turn yellow is due to too much moisture around the roots which can be caused by over watering, slow draining soils, pots without drainage holes in the base or because of the use of saucers, trays and decorative pots underneath the philodendrons pot which prevents excess water escaping.

Philodendron are tropical plants that are native to hot and humid climates with frequent rainfall, but crucially they always grow in soil that retains moisture but is well draining.

If the philodendron is in soil that is boggy or saturated then this excludes oxygen from the soil which prevents root respiration and interferes with the roots ability to uptake water and nutrients, cause the leaves to turn yellow and droopy.

If the roots have been in saturated soil for too long, they can develop root rot, so it is important to address the issue.

How to Save Dying Philodendron with Yellow Drooping Leaves

If the philodendron has root rot then snipping away diseased root and replanting it in new soil is the only way to save it, however this is a fairly drastic step and the philodendron could still die back due to shock.

Keep the soil moist (but not saturated) if you have had to replant the philodendron in new soil due to root rot or slow draing soils as this helps to mitigate any transplant shock.

The philodendron should show signs of recovery when new growth emerges, at which point you can cut back any yellow leaves that have died back.

When you have the right soil profile, and the philodendron is planted in a pot with drainage holes so that excess water can escape after watering then philodendrons should be watered as frequently as required to keep the soil moist, which can vary according to climate and conditions in your home but typically watering once every week in Winter and Fall and watering 1 or 2 times per week during active growth in the Spring and Summer keeps the plant healthy.

(For all the best watering practices read my article, how often and how much to water philodendrons).

Bear in mind that philodendron leaves can also turn yellow due to under watering and low humidity, often with brown leaf margins…

Philodendrons are native to tropical climates where they thrive in relatively high humidity, in warm temperatures, frequent rainfall and often under the canopy of trees with bright, indirect sunlight.

If the philodendron is in a location with lots of direct then the leaves tend to turn brown in patches or have a generally scorched appearance. Too much sun can also dry out moisture from the leaves causing them to shrivel and turn brown due to drought stress.

Philodendron typically grow in relatively high humidity in their native range so if the plants leaves are in the direct path of air conditioning, forced air, draughts or convention currents from sources of heat when indoors then this can sap excess moisture from the leaves quicker then the roots can uptake water which causes the to turn brown as a sign of stress.

Philodendron grows in soils that are well draining but evenly moist in their native environment due to the frequent rainfall and high humidity.

If the philodendron is not watered often enough or watered too lightly then the leaves can droop and turn brown which is symptomatic of drought stress.

Philodendrons often recover well after a period of drought stress when they are properly watered and should show signs of recovery after 2 or 3 cycles of watering.

Whilst philodendrons are valued for their ability to grow indoors, they prefer bright, indirect light and growth can slow considerably if they are in a shady location.

Too much shade typically causes the leaves to grow smaller and the stems can grow leggy as they plant searches for more light. Relocate your philodendron is a brighter area of the home to stimulate more growth.

Always keep the soil moist and the air around the philodendrons leaves relatively humid by misting once or twice per week.

Philodendron can stop growing due to drought stress so it is important to water as frequently as required to keep the potting soil moist (but not saturated) to promote good, healthy foliage growth.

If the philodendron has been in the same pot for a long time the plant can outgrow the pot and the roots can become pot bound which can exhaust the availability of nutrients in the soil.

Only feed your philodendron in the Spring and Summer when the plant is actively growing. Typically feeding philodendron once per month is optimal for growth and a healthy plant.

If the potting soil is too compacted around the root ball then this can excude oxgyen from the soil which prevents root repiration and interferes with the philodendrons ability to function properly. This can cause the philodendron to stop growing.

If the soil is too compacted in your pot then I suggest re-potting your philodendron in 3 parts ordinary potting soil to 1 parts perlite. The perlite helps to improve the porous, structure of the potting soil to allow water to drain effectively and increase the aeration in the soil so that the plant can grow properly.