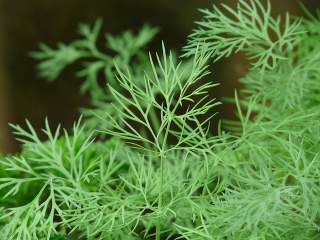 The reason for a dying dill plant is usually because dill dies quickly after the plant has bolted when the flower heads produce seeds. Dill turns yellow and dies back due to overwatering and too much fertilizer. Dill turns brown and wilts with a dying appearance due to drought stress or a lack of sun.

Dill is a very short lived annual herb, dying back before Winter and can be difficult to revive once it has symptoms that indicate it is dying.

Instead it is usually best practice to sow more seeds if it is still early in the season and provide the right care conditions for them to grow and produce tasty leaves.

Dill Dying back After Flowering

Dill is a relatively short lived annual herb that tends to prioritize the formation of flowers as quickly as possible to then produce seeds (a process known as bolting).

The process of bolting happens far quicker in hotter climates which tend to have dill plants die back earlier in the year then colder climates.

However cooler temperate climate may notice after a heat wave in Summer their dill plants bolt and die quickly.

This can be annoying if you are growing dill for the flavorful leaves, if your plants continue to die early.

It should be noted that the flavor of the leaves noticeably declines in culinary value after the dill has produced seeds which is why diligent pinching of the flower buds is essential.

To increase the longevity of your dill you can delay the process of bolting by pinching off the flower buds as soon as you notice them forming.

This increases the time that dill stays in its growth phase and therefore produces more leaves and a bushier appearance to the plant for longer.

Regular harvesting of your dill is likely to prevent any formation of flower buds and keep your dill in a more productive phase in terms of producing new leaves for a lot longer.

Watch this helpful YouTube video for how and when to prune dill so that you extend longevity:

Dill is native to the Mediterranean region of Europe where it thrives in open areas in full sun.

You do not need a Mediterranean climate to grow dill successfully but it is important to sow your dill or locate your potted dill in the sunniest area of the garden.

The amount if sun is correlated with the concentration of essential oils in the leaves and therefore the strength of the aroma and flavor.

Dill requires at least 6 hours of direct sun per day to live and grow successfully. If dill is in too much shade the growth is often sparse with thin stems, less pronounced flavor and aroma and the dill dies back quickly.

Sunlight also increase evaporation and reduces humidity to reduce the risk of fungal disease such as mold or mildew.

If your dill is located in less then 6 hours of sun and appears to be dying back then you can try to bring in more light by cutting back any surrounding vegetation or overhanging tree limbs that are casting shade.

Ideally, if the dill is planted in a pot then simply, move the pot to an area of full sun.

However if the dill is planted in the ground then it is more difficult to save as it does not like to be transplanted.

In which case it is better to sow more seeds rather then try to revive the individual dill plant if it is still early in the season.

Sow more seeds before July as this still gives enough time to grow and harvest dill before it dies back in Winter.

After July unlikely that the dill will grow again to produce a viable harvest before succumbing to Winter, in which case it is better to save your seeds for the following year.

Drought Stress Causes Dill to Turn Brown and Die Back

A common reason for dill dying is that the soil dries out whilst the seeds are germinating or whilst the plant is young and vulnerable to the drying affects of the sun.

This can be a more common problem for dill plants that are planted in pots or containers as they tend to heat up more in full sun and dry out a lot quicker then dill planted in garden soil.

If your dill is dying due to drought then it typically displays poor growth and wilts and the leaves often turn brown at the edges.

The key to preventing dill dying due to drought is with regular watering so that the soil is evenly moist (but not saturated) and to plant dill in soil with lots of organic matter.

The optimal soil for dill should be amended with lots of compost as this retains a well draining porous structure yet holds moisture so that the developing dills roots can draw upon the moisture as they grow.

If your soil is relatively heavy or contains clay, it is a good idea to add some horticultural grit to the soil along with compost to ensure the soil around the roots drains properly.

It should be noted that clay soils can bake hard in full sun which causes water to run off the surface rather then infiltrate the soil evenly and reach the roots which is another cause of drought stress.

A mulch of compost or leaf mold around your developing dill plants helps to prevent the soil from baking and retains moisture.

Typically watering once every three days is sufficient for growing dill but in heat waves it is often necessary to water every day as the plant has to grow and establish roots whilst contending with blazing sun.

Try to avoid transplanting dill if at all possible as it does not like its roots being disturbed once the seed has germinated.

Dill has a long tap root that can establishes 12 inches into the soil. If it is dug up an transplanted the root has difficulty adjusting and reestablish in new soil and the dill is likely to die back.

Instead sow the dill directly where it is going to grow rather then growing in seed trays or attempting to move them whist they are growing.

If it there is still time in the season (sow seeds before July so they have time to grow before harvest) it is better to sow more seeds in the ground the attempt to transplant dill.

Dill Turning Yellow Because of Too Much Moisture Around the Roots

Dill are best suited to soil that is well draining. If there is too much moisture around the roots the dill starts to turn yellow as a sign of stress.

There are several potential causes for excess water around the roots of your dill plants:

Dill should always be planted in porous soil that has been amended with lost of compost, leaf mold or well rotted manure to promote good drainage.

If you have clay soils or a boggy garden then plant dill in pots as it is much easier to create the optimal drainage conditions in pots rather then amend heavy clay soil.

Scale back your watering so that the soil is evenly moist rather then damp. Typically watering once every 3 or 4 days is sufficient but increase watering in times of extreme heat or drought.

Once the dill has turned yellow it can be difficult to revive, but fortunately it grows quickly from seed so I recommend sowing more seeds if it is still early enough in the season (before July) and use the best practices of well draining soil and good watering to avoid your dill turning yellow.

Too Much Fertilizer Causes the Dill to Turn Yellow

Dill plants also turn yellow due to excess fertilizer. Nitrogen in particularly tends to promote floppy drooping foliage stems and can decrease the flavor of dill due lowering the concentration of essential oils.

Dill is a herb that is native to the Mediterranean and thrives in a wide variety of soils, even preferring sandy soils which are typically lower in nutrients.

Personally I have had great success growing dill in pots with good compost and some sand added for extra drainage.

Fertilizer is rarely necessary for growing dill as good soil with lots of compost should be prioritized instead to grow dill that is full of flavor and avoid it turning yellow and dying.