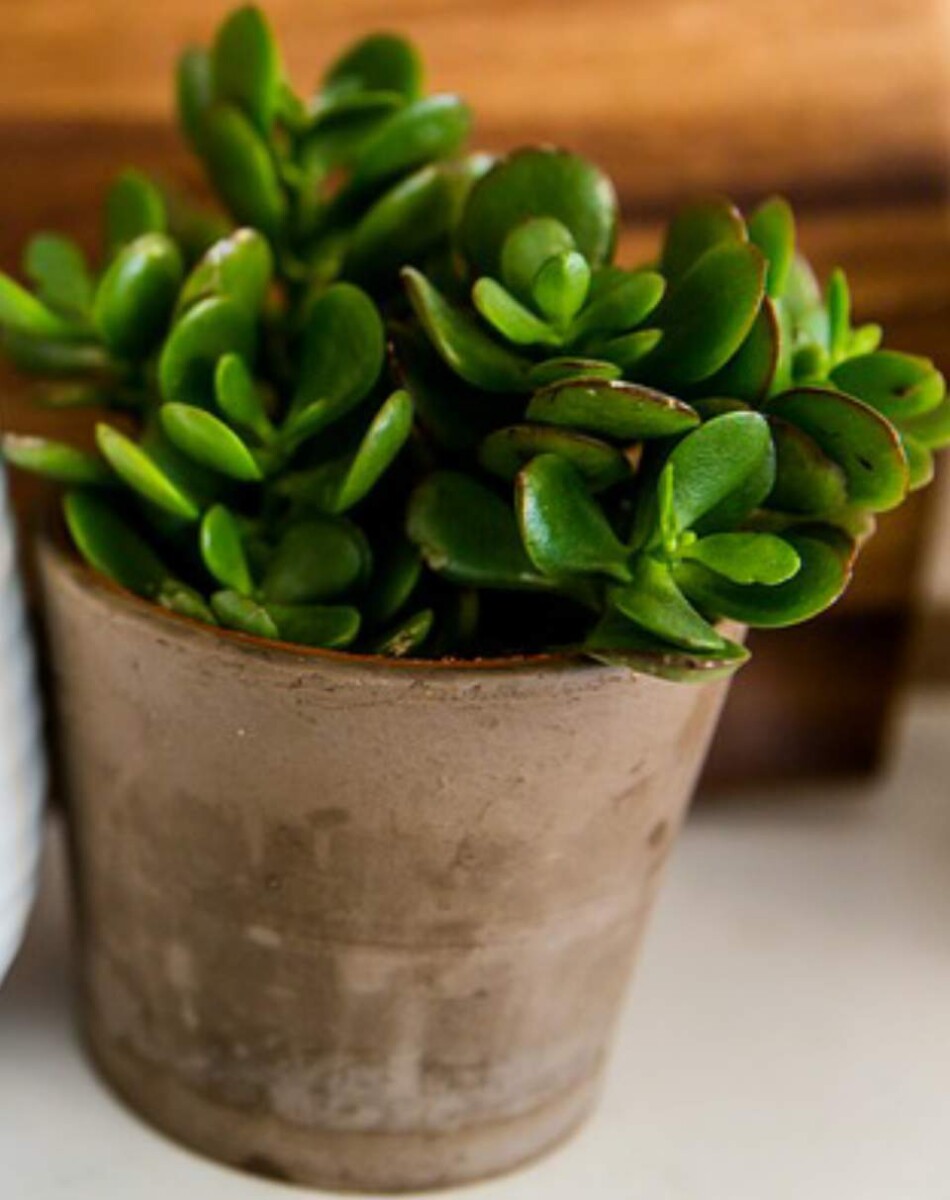 Strong air current, too much sun and high temperatures can also cause the jade plants to use up moisture reserves from their leaves causing them to shrivel.

Soil that contains peat can also repel water when it has dried out which results in a drought stressed jade plant with wrinkled leaves.

(If your jade leaves are turning mushy or soft and turn yellow or brown rather then wrinkled read my article how to revive a dying jade plant to as this is often caused by over watering rather then under watering).

The most common reasons for jade plant leaves to wrinkle or shrivel in appearance is because of drought stress which can be caused by under watering, watering too lightly or the potting soil has baked hard and repels water away from the roots.

Jade Plant Leaves Wrinkled due to Under Watering

Jade plants are native to South Africa where they thrive in a hot and dry climate in gritty soils, with infrequent (although heavy) rainfall.

As a strategy to cope with drought, jade plants store water in their leaves stems and roots, so when there is a period of drought they can use the moisture reserves to survive.

If the jade plant is experiencing drought stress then the depleted moisture reserves turn the leaves wrinkled, shriveled and thinner.

If your jade plant is not watered often enough or watered too lightly then this is the most likely cause of the shriveled leaves.

If the jade plant is not watered then the shriveled leaves can even drop off.

Jade plants typically require watering once every 2 weeks during active growth during the Spring and Summer and once every 3 or 4 weeks in the Winter to maintain the optimal balance of moisture so that the leaves look healthy and plump but not to risk over watering.

Watering too lightly only moistens the top inch or so of the soil, and water does not infiltrate properly and reach the roots which causes the jade leaves to wrinkle as it uses up its stored moisture.

How to Revive Wrinkled Jade Plants Due to Under Watering

If you have soaked the soil in a basin and water with a generous soak once every 2 weeks or so, the jade plant and restore the moisture in its leaves which reverses the wrinkled appearance and the plants should look healthier with 2 or 3 cycles of watering.

The key to watering jade plants to avoid the leaves wrinkling from drought and to avoid problems associated with over watering is to establish the correct watering schedule for you climate and the conditions in your home.

To establish how often to water jade plants according to the specific environment of your home, give the soil an good soak and monitor how long it takes for the soil to dry out at the bottom of the pot.

In order to do this, feel the soil through the drainage hole in the base of the pot.

If the soil feels damp still then delay watering for a few days until the soil feels somewhat dry. When the soil has dried out this is the perfect time to water you Jade plant with a good soak.

Jade plants are drought resistant plants that require the soil to dry out between bouts of watering to replicate the optimal watering conditions of their native, dry environment.

However this can be problematic when growing your Jade plant at home if it is planted in a potting mix that contains peat as peat is hydrophobic (repels water rather then absorbs moisture) if it has dried out completely.

The dry peat potting soil can cause water to run off the surface of the soil, down the side of your pot and out the drainage without actually reaching the roots.

This can give the appearance that the jade plant is well watered if water is trickling from drainage holes in the base of the pot but if it has run off the surface then the roots of your jade plant do not uptake the water and deplete the moisture reserves in their leaves causing them to wrinkle or shrivel.

To revive the shriveled leaves of your Jade due to water repellent soil:

With special succulent and cacti soil the roots of the jade plant can access moisture after watering to restore their reserves of moisture and reverse their wrinkled or shriveled appearance.

Of course this is in conjunction with good watering practices such as watering with a generous soak rather then watering too lightly.

Jade plants are able to tolerate some direct sun (which causes the leaf tips to turn a reddish color) but too much sun, particularly afternoon sun, can cause the Jade plant stress and result in leaves the wrinkle.

The best balance of sun for jade plants is up to 6 hours of morning sun followed by shade in the afternoon when temperatures are typically at their highest.

Full sun all day can contribute to increasing water loss from the leaves and cause the soil to dry out significantly quicker to the extent that the roots can struggle to uptake water before the pot has dried (this is particularly the case with small pots that conduct a heat well).

Too much sun can also cause jade plants to scorch, especially when they are moved from an area of shade to an area of intense full sun without having time to acclimate to the difference in light intensity.

Locate your Jade plant in an area of bright indirect light if the leaves are starting to shrivel so that the plant does not have to contend with intense sun and high temperatures whilst it recovers.

Water the jade plant with a generous soak ensuring all the potting soil is moist, so that the roots can uptake the water they need to restore the reserves of moisture in their leaves.

However I must emphasize that it is important to still let the potting soil dry out between bouts of water to reduce the risk of root which is a common problem for this drought resistant plant when cultivated in our homes.

With 2 or 3 cycles of watering the jade plant leaves should look less shoveled and return to their healthier appearance.

Air Conditioning and Wind Can Cause Jade Leaves to Shrivel

Excess air currents from wind, draughts, air conditioning, forced air or convection currents from sources of heat can contribute to the jade plants leaves to wrinkle

Jade plants do prefer some air flow rather then high humidity but if they are in the direct current of air conditioning then the constant stream of dry air can sap moisture from the leaves and dry out the soil quickly.

The result of this is the jade leaves losing moisture form their leaves causing them to turn thinner and wrinkle.

The solution is to simply locate your jade plant in an area of the home out of the direct path of air currents that dry the leaves.

After 2 or 3 cycles of watering the jade plants can begin to store moisture again in their leaves so they can recover from being curled or shriveled.