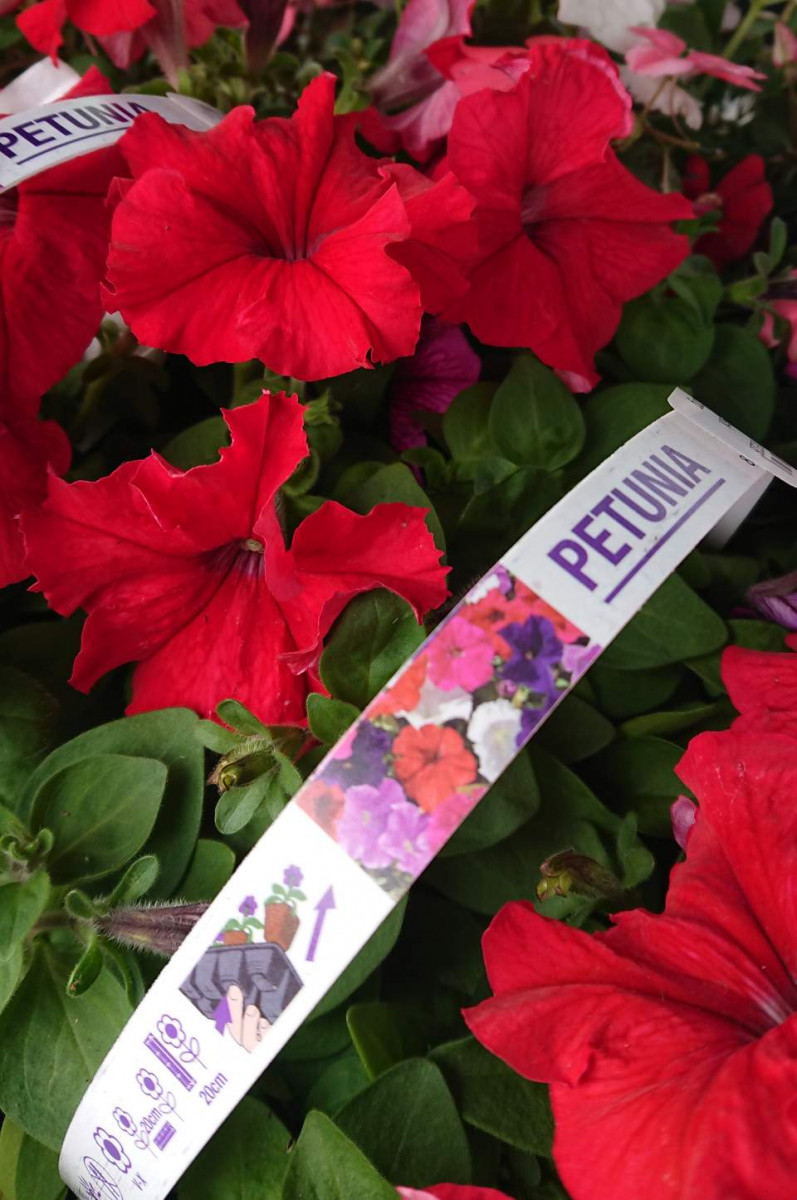 Petunias are tender annual flowering plants that do not tolerate frost or cold temperatures and die back in Winter.

Dying and wilting petunias are usually because of fungal diseases such as root rot, caused by excess moisture around the roots. Petunias require a thorough watering once a week and do not tolerate boggy soil from overwatering which causes petunias leaves and flowers to wilt, and results in dying petunias.

Yellow leaves are a symptom of root rot, not enough sun or a lack of nutrients.

To prevent petunias from dying it is important to get the balance of watering and soil moisture right to avoid root rot or drought stress.

The most common reason for dying petunias is because of the diseases root rot and Botrytis which are caused by over watering, slow draining soils and pots without drainage.

Petunias are native to South America where they thrive in full sun and moist, yet well draining soil with good air circulation and low humidity.

If the soil around the roots of the petunia is too damp or even boggy, then this promotes the conditions for fungal disease such as root rot and Botrytis which thrive in damp, slow draing soils that stay saturated for too long after watering or rainfall.

Even if the petunia does not have root rot, too much water around the roots excludes oxygen from the soil which is required for root respiration. If the roots cannot breathe in the soil due to lack of oxygen, then this interferes with the roots ability to transport moisture and nutrients around the plant and causes the leaves of the petunia to turn yellow and die back

Petunias thrive when the soil is watered generously, around once per week, which maintains the optimal balance of soil moisture without creating the damp conditions that cause root rot.

(Read my article, how to water petunias to learn how to establish the optimal watering schedule for petunias, according to your climate and conditions).

Petunias are relatively hardy to somewhat dryer conditions and can even tolerate drought once they have established.

The schedule of watering generously once per week and allowing the soil to not become too boggy emulates the typical watering cycle of the petunias native environment.

It is important to note that overwatering your petunias is not the only cause of excess moisture around the roots, causing the leaves to turn yellow:

If your petunias have been in boggy soil for a long time and is suffering with a fungal disease, then it can be difficult to save.

However your petunia may just be showing signs of stress if the excess moisture is preventing root respiration and it can recover if you ensure better drainage conditions and water less often.

How to Revive Petunias With Yellow Leaves

If you follow the best practices of care for petunias (full sun, good drainage and watering once per week) then the soil should have a chance to dry out and the petunias can recover.

However it is important to emphasize petunias that have been in saturated soil for a long time often die back and cannot be revived.

Lack of Fertilizer can Cause Yellowing Petunia Leaves

Petunias are not necessarily heavy feeders and often flower more in soils with medium to low fertility as too much nitrogen can reduce flowering.

However if your variety of petunia is a particularly vigorous grower, and they in a relatively small pot (smaller pots have less capacity for soil and therefore less nutrients) or perhaps in a garden boarder and competing for nutrients with nearby plants then they may require fertilizer to help green the leaves and stimulate growth.

Personally I would recommend a general, well balanced liquid fertilizer such as miracle-gro which contains all the nutrients at the right concentration for petunias to thrive.

Always follow the manufactures institutions diligently and note that using more fertilizer then recommended does not yield better results and could reduce flowering so always apply the recommended amount.

With some well balanced fertilizer, your yellow petunias leaves should show signs of recovery in the following weeks.

The most common cause of petunias dying is because of overwatering and damp soil causing root rot.

However petunias can wilt and die back due to underwatering, heavy compacted soils and heat stress, particularly after planting.

Petunias require a balance of soil moisture which is achieved by planting them in multi purpose compost and water with a generous soak once per week.

However there are certain factors which increase the risk of your petunias wilting due to drought stress:

How to Revive Wilting Petunias

A dying petunia with wilting leaves should recover from drought within a week as long once you create the right conditions with good moisture retaining compost and watering thoroughly at least once per week to promote stronger roots for more drought resistant petunias.

Therefore petunias are tender and often regarded as an annual flowering plant for pots, hanging baskets and garden boarders in cooler climates. Petunias die back as the temperature cools in Fall or Winter and sometimes dies in Spring due to late Spring frosts.

If you live in a cold climate where there is a threat of frost then grow petunias in pots or hanging baskets so that you can move them into a garage, or heated greenhouse, until the threat of frost has alleviated.

Horticultural fleece can also help to protect the cold sensitive petunias from cold nights and occasional frost which can help if they are planted in garden boarders and cannot be easily moved indoors for protection from cold.

If your petunia has poor, leggy growth with few flowers with a dying appearance then it requires more sun.

Petunias are adapted to growing in open areas, in warmer climates of South America and prefer at least 6 hours of sun to display the best flowers.

To ensure you petunias are as healthy as possible and display flowers, it is important to plant them in the sunniest area of your garden.

The more hours of sun also helps to mitigate the risk of root rot and mold by creating a dyer environment for your petunias to thrive.

Move petunias in pots, containers or hanging baskets to an area of full sun and help revive your petunias and new healthy growth with more flowers should emerge over the next few weeks.

The reason petunias turn white is because of mold or powdery mildew which is caused by high humidity, watering late at night, rather then morning and a lack of air circulation.

Always water your petunia in the morning as this charges them with moisture before the sunny day ahead and gives any moisture a chance to dry out in the sun before the cooler evening.

If you water too late at night then the petunia has to sit in damp and humid conditions for longer encourages powdery mildew which has a white appearance on the leaves.

Petunias are also acclimated to growing in open areas with good air flow from occasional breezes. If they are in a closed location, particularly with high humidity then they are more at risk from turning white due to powdery mildew.

Petunias in full sun, with good airflow and watered before a hot day, so that water on the leaves can evaporate, tend to cope better with powdery mildew then unhealthy plants that are not in optimal conditions for growing petunias.